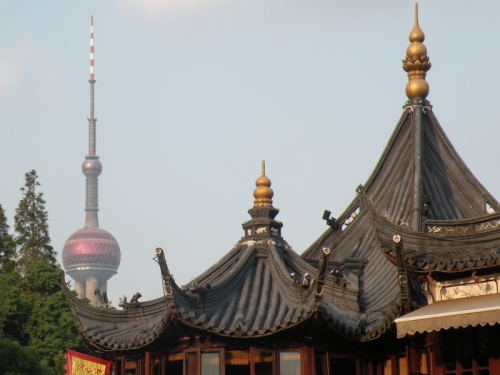 Cultural and other walls

After a first-time visit to China, including of course an exhilarating day on The Great Wall of China comfortably and delightfully embraced by a Saturday afternoon swarm of citizens of this great emerging nation, I have been pondering the role, function, and meaning of walls in general in human society.

Why do we build walls? What are they really all about? As travellers, what intercultural skills are at our disposal — if we are lucky or so inclined — to transcend cultural walls? For the truly intrepid traveller a borderless world, conceptually especially, is the best of all possible scenarios.

Historically walls have helped keep the “barbarians” at a safe distance and ensure the sanctity of hearth and home. But they also have been structures that can deprive and oppress those within. However, even though walls exclude the “outsider” or contain the occupants, they can also have an inclusive function. 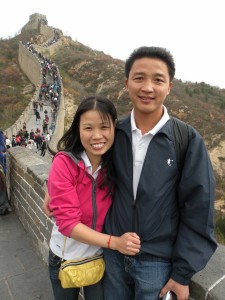 Notwithstanding the excesses and necrosis of feudalistic societies, throughout history walls (or borders) have also served to protect and preserve primary cultures; contain, delineate, and define a collective ethos; centre a culture; and engender introspection while at the same time providing a safe glimpse of that which is away and beyond. Personal walls, figurative and literal, can also assure privacy and intimacy; perhaps our greatest luxury in many parts of the world.

But it all depends on the nature and purpose of the wall.

Shanghai: welcoming the world… this time on its own terms

In the exponential world of travel and tourism — considered by many to be the largest industry on the planet — there is no shortage of new players. Everyone wants “a piece of the action”; and why shouldn’t they? Walls are being breached all over the planet, thanks in part to a 21st-century approach to the marketing of travel and tourism.

As one of the newest, most entrepreneurial, and multidimensional destinations reaching out to this global travel market, Shanghai is marketing its distinct history, heritage, and contemporary culture in ways that may seem paradoxical, or even incongruous.

Who would have imagined that the largest Communist state in the world would be instituting free markets (of a sort) and competitive, capitalist marketing strategies? And who would have imagined that Chinese cities would be competing with each other for foreign visitors. A colleague in China tells me that there is a joke going around that “Every taxi driver in Beijing can discuss world affairs with you, while every taxi driver in Shanghai can discuss the stock market.” He also suggests that while Beijing is more a political city, Shanghai is more a commercial one; a city in which the citizens are more “practical.” However, he also reminded me that every Chinese city has its own distinctive character. But there is no doubt that these two cities, not unlike tourism destinations in what is a whole new world of diversified travel and tourism, are competitors for tourism revenues.

At the time of my visit, the city was in mega renovation mode as it also prepared for its really big moment on the world stage — Expo 2010 Shanghai. (And by the way, it has been reported that the world-famous Cirque de Soleil, a Canadian institution and creation which was conceived in Québec, will “co-create” the Canada Pavilion at Expo 2010 Shanghai.)

Shanghai is also a city in which you sense a personal and collective self-determination you might not have expected. And if, as I did, you take the opportunity to talk to locals, many of whom speak English and are more than willing to engage in dialogue with you, you will understand what I mean.

When we toured the Expo site, I must admit to wondering how on Earth they were going to get this mammoth undertaking finished in time for the opening on May 1, 2010. However, given precedents such as the Beijing Olympics, the workforce available, and the hierarchical and centralized nature of Chinese government, I’m quite sure this world exposition will go down in the record books as one of the most successful, perhaps even “the best” to date.

I say “one of the best” advisedly because, although I was very impressed with Shanghai’s ambitious and long-term strategy of becoming a major player on the world stage — perhaps even giving Hong Kong a run for its money — my only caveat to the Shanghai Tourism Department is that the “bigger is better” mindset is not necessarily in the best interests of any destination. This may sound pedantic but bigger is not always better; better is better. And of course what is “better” is open to debate; however all parties concerned (including visitors to Shanghai) will need to apply their own judgement as to the validity of the ethical conundrum of harmonizing quantity with quality. Please don’t get me wrong; I was very impressed with a lot of the initiatives I saw in the works in Shanghai, but, to be quite frank, I was also concerned that China might fall into the trap of becoming derivative, succumbing to Dysneyfication, and emulating the worst of Western civilization. And what a pity that would be given China’s thousands of years of history, cultural, art, and philosophy. But as it has been said in reference to other nations, “Judge me by my culture, not by my government.”

However as a leading destination within the booming tourism industry of “The New China,” Shanghai historically has been a familiar face and international city since the 1930s especially, a whole other story that is being told boldly and explicitly in Shanghai today. But today it is also a revitalized and enterprising city that knows what it wants and how it is going to get it.

To many around the world, this new no-nonsense business culture of travel and tourism from the People’s Republic of China may seem at first glance somewhat befuddling or even disconcerting. After all, the emergence of China as a global, political, and economic power does, at first glance, seem to turn things upside down. There may be very good reasons (of national self-interest) that make people fear a new world order. Empires do decline.

But as the old saying goes, time marches on. And if I were a hotshot marketing executive in Shanghai, I might also be tempted to throw into the media mix, the equally familiar “Everything old is new again.”

A 21st century frame of reference

According to the Shanghai Statistics Bureau, the city had a population of 18.88 million by the end of 2008. Beijing is the runner up as China’s second largest city (after Shanghai), with more than 17 million people. While travelling in China, you always have to remember that this nation has a population of 1.3 billion people, the largest in the world, and that those numbers have many implications and ramifications. On the other hand, I rarely felt overwhelmed by masses of people. In fact, as was also my experience in India, I never felt that this was a faceless nation, which can be the impression one gets “from afar.”

It is also significant that the median age in China is 34.1, and that the one child policy is still (more or less) in place. As one pundit recently said, this is a major challenge to China because “It will get old before it gets rich.” This aging society factor is something we understand well in North America, but the demographics in China are exponentially more of a challenge.

To give a little more numerical perspective, the armed forces in China (also the largest in the world) have 2.3 million enlisted members. In terms of China’s literacy rate, 90.9 of the people can read and write, an enviable achievement. And by the way, there are 253 million Internet users in China. The issue of the Chinese government’s blocking of websites, however, (including initially, by the way , yours truly the Philosophical Traveller) is just one of the major issues that the international community is monitoring. In an address to students during his recent visit to Shanghai, President Barack Obama criticized what he referred to as internet censorship, while addressing students, while at the same time praising freedom of expression and political participation.

(Readers and Internet users may also be interested in the China Internet Project’s website China Digital Times, but as is always the case in the media world, caveat lector.)

Also, in terms of the global travel and tourism industry, it is important to factor in that China’s economy is ranked third in the world, behind that of the United States and Japan with a GDP of $4.4 trillion.  And a United Nations World Tourism Organization study in 2007, found that that China will produce 100 million outbound tourists by 2020; thus becoming even more of a player in the competitive world of travel and tourism.

China would appear to be adapting to the passage of time, and other global events, such as the most recent worldwide recession. On October 1, 2009, it celebrated “Sixty Years of Brilliance”; the 60th anniversary of the founding of the People’s Republic of China.

And by the way, the Chinese Communist Party was founded in 1921 in Shanghai! 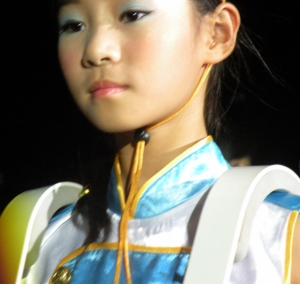 Whether time heals all wounds, as the saying goes, is of course debatable but time and history are also relentless. And the city of Shanghai, as a kind of New China prototype, is striving to take advantage of the 21st-century frame of reference in which it finds itself. At the same time, it is not turning a blind eye to the past; but in many ways is integrating the past with the present.

Images and Imagery of China

For visual narratives of Shanghai, Beijing, Xi’ian, Hangzhou, Suzhou, and Fengjing, visit my Flikr site using the links below.

Classical Ballet With a Chinese Flavour

The Art of the Chinese Acrobat